The limit of a function is a fundamental calculus concept which is used in characterizing functions, calculating derivatives, and more. This tutorial discusses the theory of limits and how to evaluate limits, including left and right-handed limits, on your TI-89, TI-92, or Voyage 200 calculator.

The actual function itself looks exactly like the line y = x + 2 except at the point x = 2, where it doesn’t exist. However, we can still evaluate the limit at this point, since if we look at points just to the right or left of x = 2, the values get closer and closer to 4.

One way of defining the limit of a function at a point is that as you approach that point from any direction, you get the same limit. For functions in one variable, we have only two directions to approach a point from: either from the positive or the negative sides. For example, the following function does not have a limit at x = x₀. 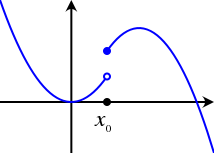 Functions can also have a limit as they go to plus and minus infinity. This simply means, as above, that as the function is evaluated at larger and larger or smaller and smaller numbers (towards positive and negative infinity), the function becomes closer and closer (or approaches) a specific value. For example:

As we substitute larger and larger numbers for x (towards positive infinity) for the function 1/x, the result becomes closer and closer to 0.


Evaluating Limits on Your Calculator 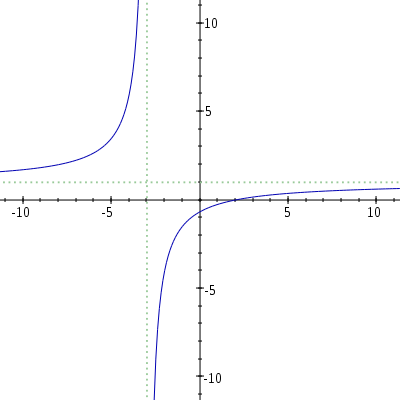 As with all functions, the TI-89′s limit function draws upon the calculator’s symbolic math functions. Experiment around and see what else is possible!